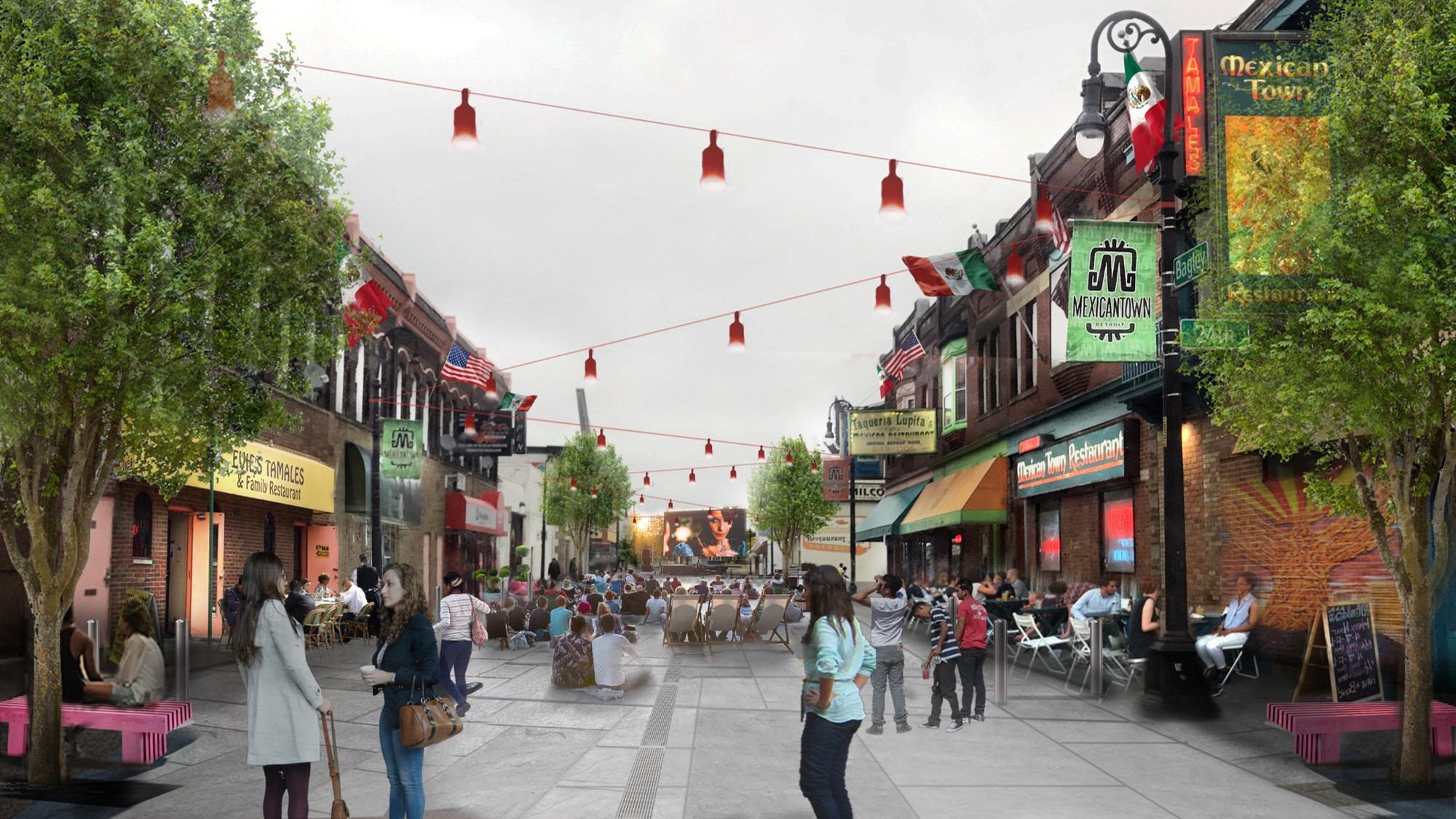 The West Vernor Corridor Neighborhood Framework is one of several initiatives by the City of Detroit Planning Department to strengthen neighborhoods throughout the city. This year-long effort honors the large amounts of time, thinking and resources that community members have invested in planning neighborhood improvements, and the livingLAB team is incredibly proud to have been a pivotal part of the design team led by Goody Clancy. The results of the robust community engagement and collaborative design process has been codified into the West Vernor Corridor Neighborhood Framework.

“The recommendations that you’re going to see here are not the same for other areas,” Maurice Cox, City Planning Director, said. “They’re very specific to the cultural framework we’re working in. You’ll see some recommendations that come from the predominance of the Latino community being in southwest. … So (we’re going to be) using public art that might say something about the character and heritage.”

Council Member Raquel Castañeda-López, whose district includes the planned areas, said she believes the proposals embrace the “diverse and vibrant” community around West Vernor — and so do we!

Read more about the project here and look for updates as livingLAB beings work with WSP and the City of Detroit on detailed design and construction documentation for the Bagley Fiesta Street proposed as a part of the Framework Plan.